Posted on December 17, 2014 by Jennie Scholick in Class Profiles | Leave a comment 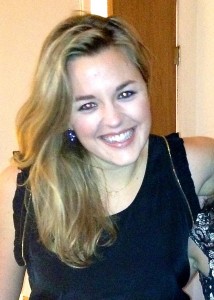 This will be the last profile of 2014—can’t believe how it zoomed by! Please do nominate friends and foes, lovers and leaders for inclusion in 2015!

Sara-Ashley Bischoff (“Sash” to her friends) is a New York based writer and director. She’s currently assistant directing “On the Town”—which, if you missed it, received rave reviews!—and “How the Grinch Stole Christmas!” as well as working on her own writing and directing. I’m thrilled she took the time out of her (very!) busy schedule to answer our Class Profile questions!

I spent the majority of my time at Princeton splitting my time between theater (T&D, Triangle, Intime, PUP) and the Creative Writing Dept. I took as many acting, directing, and writing (playwriting and fiction) classes as my schedule would allow, and was always involved in acting or directing at least one show at a time outside of class.

Over the past 5.5 years, I’ve been pursuing a career in directing theater in New York, all the while working on my writing in between gigs. Being a young director in New York basically means doing a lot of assistant and associate directing, and fitting in your own smaller directing projects when you can. Currently, I’m assistant directing “On the Town” on Broadway, assistant directing “How the Grinch Stole Christmas!” at Madison Square Garden, and developing three new plays with emerging playwrights for potential productions in 2015. I’m also making a concerted effort to focus more on my writing, and have accepted a writing residency at PLAYA in Oregon for the month of May 2015, so that I’m not allowed to get distracted!

Davis McCallum has been an enormous influence, mentor, and friend. I assisted him and choreographed a musical for him at Williamstown a year out of college, and it was an incredibly formative experience for me. I continued to assist him for a couple more years afterward because of that project. To this day, I consider him one of the smartest, most incisive, and most creative directors I know. I learned so much from him, and I think the world of him as a person.

I’m not acting! When I was a sophomore, I was 100% sure I was going to be an actor for life. After Princeton, I made a hard-nosed decision to stop acting and pursue directing, and I haven’t looked back once. My younger self never would’ve guessed it, but it was definitely the right choice for me.

I’m in New York, the city I adore, I have a really close network of friends (most of whom are Princetonians), and I’m doing work that makes me happy. As a freelancer, it’s both a blessing and a curse to constantly be looking around the corner for your next job. But I love the stimulation and excitement of diving into new stories, and figuring out how to puzzle-piece my way into telling the best version of that story.

I’m fully confident my life would look nothing like the one I’m currently leading had it not been for Princeton. I’m so grateful for my experience there, and only appreciate it more with each passing year.