The Class of 2009 won three Reunions awards and one Class Dues award for Reunions 2014. These awards were accepted by class officers at the annual Alumni Council Luncheon on Friday, May 29th, 2015. 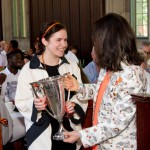 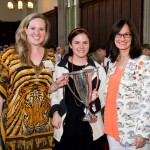 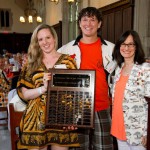 We received the Class of 1960 Quenby Cullen Williamson S60 P89 P91 Award for having the most imaginative P-rade costume at Reunions 2014. Translation: our lederhosen and dirndls were a BIG hit! 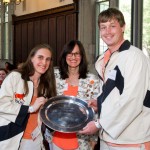 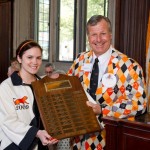 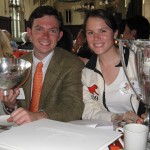 Mike Monagle (Class Treasurer) and Jackie Thomas (Reunions Chair) with the 1894 Bowl and the 1915 Cup at the Alumni Council Luncheon in May 2011.